So, this year’s winter is set to be the warmest in 95 years, but what’s the science behind this unreasonably warm winter period?
Well, according to Bangor University expert Tom Rippeth, professor of Ocean Phyusics, the great gargantuan mountains which we have in our backyard may just be responsible.

“As south westerdly winds blow over the mountains before reaching the coast of North Wales. This means they shed most of their rainfall, which results in the air warming further. This is called the Foehn Wind effect.”

Basically, the mind air blows across the Snowdonia mountains and it dries and warms as it descends, leaving us with this very warm weather for the ‘cold’ months. 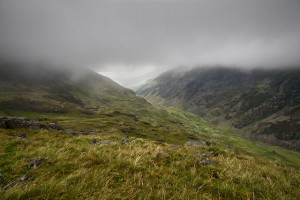 When winds come in from any other direction that is when you would find that they have a cold effect on our weather.
Another factor is that the jet stream is currently above the UK, as a result we are getting milder, wetter and windier weather.
Forecaster are predicting that this could have been the mildest 22nd of December since records began, with this year’s Winter solstice being nearly as warm as this year’s summer solstice.
In fact, Daffodils have been blooming early, thanks to the unseasonal December weather. Top horticultural adviser at the Royal Horticultural Society, Guy Barter is quoted as saying “I’ve always scoffed at the idea of Flowers before Christmas, but I’ll have to eat my words.” 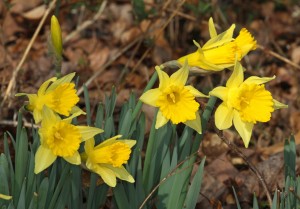 Regardless, people can be thankful that there are no signs of any significant cold weather for some time,

Whatever your thoughts on the weather you are probably at least saving some cash on heating.
So, it’s a big shame that we won’t be getting a white Christmas this year, however you can appreciate the fact that we aren’t getting bitingly cold/painful-to-go-without-gloves weather. And besides, there’s always next year.

This entry was posted in Local Information, Local News, Uncategorized. Bookmark the permalink.