As a dragon makes a grand tour of Wales, it stops off at the mighty fortress of Beaumaris!
Having already raized Flint Castle to the ground (not really, but it was installed there previously), A great Welsh Dragon is currently attacking the Welsh Castle of Beaumaris. 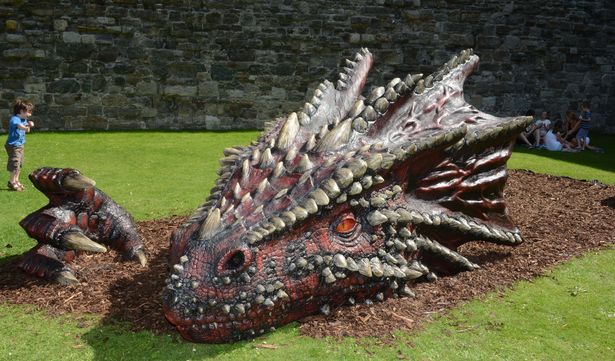 The art installation of a one tonne Dragon has been added to Beaumaris castle. This great lizard was crafted by means of, sculpted, moulded and then being built out of fibreglass (light as a feather, as tough as Dragonskin).

This Dragon will remain until the 24th of August, after which it will be moving onto different Welsh castles.

An exciting animation has been created by a team of 11 students for Cadw Wales to promote the sculptures rampage across the historical nation of Wales.

There are no booking necessary, so feel free to grab the kids and venture to Beaumaris on the isle of Anglesey to see the dragon! Visiting the dragon is absolutely free, so of course it makes for the perfect excuse to spend a lovely summer’s day at a grand and magnificent castle.
Fans of ‘The Hobbit’, ‘How to Train Your Dragon’ and ‘Game of Thrones’ will be especially delighted. 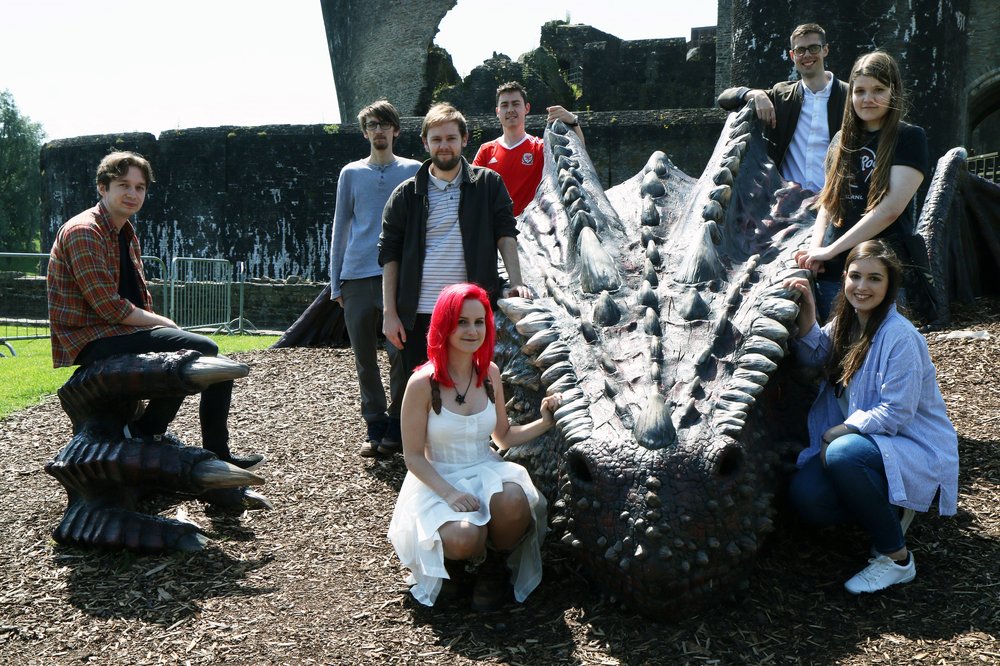 The USW Team who animated the Dragon. – Picture by USW

Maybe it’s down to Wales’ recent Euros successes, but Welsh morale is a definite high, so it’s not so surprising that a great Dragon has materialised in our castles.
The Welsh sigil of a great Red Dragon is known the whole world over. In fact the only countries which have a dragon on their Flag are Wales and Bhutan.
Head Custodian Mike Williams remarked that Beaumaris Castle had been called up, saying they were coming all the way from Manchester just to see the Dragon.

Speaking of Dragons, anyone who’s deciding to make a weekend trip out of, why not explore some of the other amazing adventures there are on offer in North Wales, for example Dragon Raiders paintballing in North Wales!

Beaumaris Castle was contructed by Edward I ‘The Long Shanks’ as a means to assert his authority, it’s construction was completed in 1330.