Caravan Parks in North Wales to Open All Year Round? 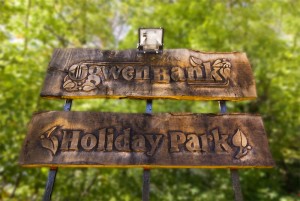 There are fewer places in Britain better for a long getaway than North Wales and that little excursion could now be getting a whole lot longer for you after new plans were unveiled this week by a leading leisure company.

Accommodation in North Wales is always highly popular with many people flocking to these shores for the rolling hills and iconic landscapes each year. Previously, the holiday season in the region was 10 and a half months but now the laws are looking like they could be in for a change.

Ogwen Bank Caravan Parks in North Wales have recently put forward plans for their 34 lodges to be populated for the whole year to compete with soaring demand. As one of the most favoured destinations for travellers to the Snowdonia area, Ogwen Bank is aiming to build on their success with 365 days a year accommodation.

This comes off the back of a recent campaign by Ocean Heights caravan park in Pwhlheli who after an initial rejection, subsequently saw their appeal for seasonal extensions accepted and rolled out. The only fear by councillors who rejected the law change as that it would have a negative effect on the Welsh language.

Geraint Jones, of the Gwynedd planning committee, refuted this by saying: “The inspector said there was a lack of evidence that the development would have a significant detrimental effect on the Welsh language.”

So, what are some of the sights which can greet people who opt to visit their caravan park lodging whenever they please throughout the 12 months of the year?

The festival season returns to the area as the leaves begin to return to the trees of North Wales in springtime and the sight of this over the many gorgeous landscapes is simply stunning.

Access All Eirias and Wakestock are two events not to be missed which food festivals and all sorts always being a massive draw at this time of year.

Beaches in North Wales are amongst the “best in the world” and anyone who’s ever experienced a stroll along one during glorious weather will undoubtedly agree.

Once seen as the destination for holidaymakers in Britain, the coastal towns of North Wales have undergone regeneration over the years and are becoming more popular with every passing summer.

As the festival season wraps up, many regions across Britain tend to settle down for the year. This just is not the case when it comes to North Wales.

2013 saw all manner of amazing events for all with the fireworks displays across the region being of the highest order as well as some micro-festivals really grabbing the eye. 2014’s autumn calendar already looks full of fun things to do in the area.

Christmas is a magical time of year and no more so than in the idyllic areas of Gogledd Cymru throughout November and December.

This year has seen more than its fair share of Christmas markets in North Wales with many fantastic events and fayres available throughout the amazing region. One of the biggest is the Llandudno Christmas Fayre and this year’s event was bigger and better than ever and will only improve for 2014.