Bryn Williams to Open a Bistro in Colwyn Bay? 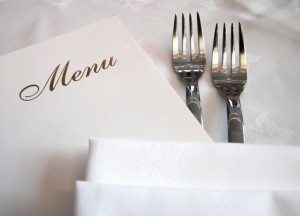 Anyone familiar with daytime television may know the name Bryn Williams as he’s one of the most promising chefs to come out of Wales over the past decade thanks to his stint on the hugely popular Great British Menu and guest appearances on GMTV.

Could the Denbigh born culinary wizard be about to return to North Wales to open a new bistro in Colwyn Bay?

All sources point towards a resounding ‘yes’ as a lease has been signed for the Porth Eirias property. However, he will not be moving in until much later in 2014.

The Watersports Centre plays host to plenty of fantastic businesses , prospects and events with William’s new enterprise opening the door to much more attention for the community hotspot. After plenty of wrangling over the finer details of the contract, Williams is set to bring a real star appeal to Colwyn Bay once more. However, there is no official date when work will commence on building the bistro so it is a waiting game for the time being.

A spokesperson for Mr. Williams said: “We are very pleased to have now finalised and signed the lease for The Porth Eirias site.

“Our decision to come to Conwy has never been in doubt; we have invested a great deal of time and money over the last twelve months on the preparations and planning for this project and are confident that it will be a great success.

“We are looking forward to putting our future success back into the local community by using local produce and supplies.

“We have a lot of work ahead of us now and are certain the wait will be worth it when we open later this year.”

Cllr Graham Rees of the Conwy Cabinet also said: “This is part of our long term vision for Colwyn Bay.

“Tourism is a key part of the county’s economy, a quality food offer from a renowned chef like Bryn Williams will add to the visitor experience and be enjoyed by local residents. It demonstrates the increased interest and confidence that investors have in the area.”