Weather Warnings in Place All Over North Wales 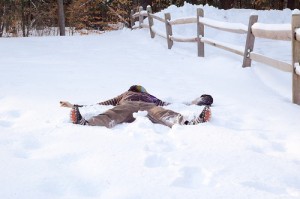 It’s been a temperamental last few months where the weather is concerned in North Wales. Though not typically associated with Saharan summers and wonderful winters, the forecasts in the area have been slightly worse than usual.

Earlier on today, The Met Office issued conservative warnings about possible severe weather conditions in the north of Wales, amid recent flooding in the south of Britain. North Wales experienced its own flooding in December over a torrid week of downpour and treacherous sea conditions.

Now, after reports earlier on this week indicated that flooding is causing issues for some motorists in the region, there could now be added difficulties on the roads as ice and snow warnings are in place from noon on the 11th to 10 am on the 12th of February.

Although there appears to be little to no snow anywhere apart from Wrexham currently, it could arrive later in the day so vigilance is still advised if you’re driving on the roads today. Areas potentially affected may include Conwy, Ceredigion, Denbighshire, Gwynedd, Anglesey and Wrexham amongst others.

The latter of those towns is already bearing the brunt of the bad weather in the region as Bangor on Dee has been beset by flooding. Traffic is reportedly being caused problems by congestion along several motorways.

This follows on from a new news story of the week before when the natural resources minister, Alun Davies, visited some of the most badly-affected areas by the recent storms. Places such as Rhyl are still bearing the scars of the dangerous weather which has left many people homeless and seeking shelter. Relief efforts have been assisted by charitable cause but here’s hoping that the weather abates for a clearer next seven days.

Beautiful North Wales would like to request that all our readers try and stay safe during the weather warnings and to avoid going outside in torrential conditions. Should you be affected by flooding, try and retreat to safety immediately.