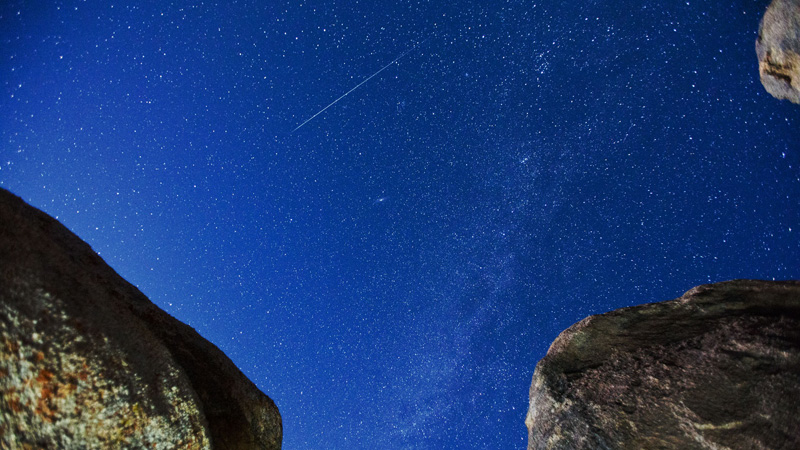 Astonomical Event of the year!

Fans of the night skies will be delighted to hear that one of the year’s biggest and most amazing meteor showers is set to light up your nights.
The Perseid meteor shower is one of the most celebrated events of the astronomer’s calendars. You’ll have the chance to catch a glimpse of 200 meteors flashing across the heavens. The shower officially kicks off on the 17th of July, but Don’t worry! You’ve not missed it! In fact, the main event will be occurring between August 11th to the 13th, which makes for the perfect few nights to get star gazing, so close to the weekend, you might not even have to get up the following day.

Perfect time to catch it!

According to top astronomer Bill Cooke of NASA, the perfect conditions could treat us to 200 meteors every hour! No doubt if you’ve ever wanted to catch a full—throttle meteor shower then this is your chance.
It’s Thursday which is the favourite to be the busiest night of the even, as it is expected that there is going to be an outbreak which will double the normal rates of the Perseid shower.

These meteors in particular are as a result of the comet Swift-Tuttle passing by, flinging off debris which annually fall towards the earth and burn up against the atmosphere. As they burn up in the earth’s atmosphere, the resemble streaks of light, burning across the night’s sky. Well these chunks are actually around the size of a grain of sand. As there always is, with this too there is variance in size, a meteor which is slightly larger, like the size of a grape, will produce an aerial fireball, and even have a meteor train, which is a column of ionised gas which gradually fades from view.
While this meteor shower is, as previously mentioned, very active, this year’s is hailed to be even more so.

Where should you catch the meteor shower?

But where’s the best place to see a meteor shower? Our advice is to find somewhere dark. You need to get to a spot with no light pollution where you’ll be able to see the thin streaks of light shoot across the sky undisturbed by lamp-posts and street signs. We advise a quiet nature spot like a park or a hilltop (But make sure you stay safe).

If you fancy going out to North Wales coast to get a look at the night skies, a stay at a holiday park in Rhyl might be a good idea!

When you’ve got your spot, look to the North East, as they should be coming from the direction of the Perseus constellation. They will likely however still be visible from all across the night sky. Remember, patience is key you may have to wait a little while before you manage to spot these awesome shooting stars.