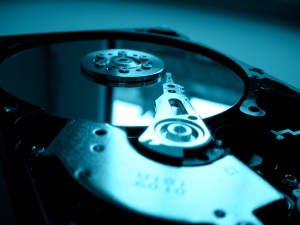 A real connoisseur of music will always and forever claim that vinyl is still the ultimate way of listening to music, even with the most current technological advancements. As platforms like iTunes and streaming music services have come to the fore, vinyl has seen its popularity dwindle over the years.

However, there’s one special day of the year when old records are celebrated up and down the country and even so in sleep Mold in North Wales.

Recognised as one of the only independent vinyl stores throughout the country still open, the Vod Music shop was the scene for astounding queues as hundreds of people waited in line to pick up their exclusive copies of vinyl and CD’s on Record Store Day. This landmark occasion was first started in the U.S before making its way across the sea to us and has been fully embraced ever since.

One such person who’s possibly embraced the occasion more than anyone in North Wales is Shuana Kelly of Prestatyn. The 19 year old had camped out over night to pick up a copy of One Direction’s Midnight Memories and we bet the irony is not lost on her!

Owner of Vod Music, Colin Trueman, said: “I don’t usually stock One Direction but she turned up and was very keen, I think she was with her Nan who had waited with her.

“I’ve seen nothing like it to how it was this year. It went on for hours and hours. It was really quite a good turnout. Young people are buying vinyl’s as well and it shows there really is something for everyone.”

The popularity for Mr Trueman’s store doesn’t just extend to this one day in the year as it’s recently been noticed as one of the best independent vinyl stores throughout the United Kingdom and even made the top 10 during the countdown as one of only two to make it from Wales.

Elsewhere in North Wales retail news, a community operated shop in Anglesey is proving all the naysayers wrong by being a huge success already. The village shop in the community hall of Llanfaes is beating expectations and is looking like staying around for the future.