Plans to Bridge the Gap between North Wales and Wirral Unveiled 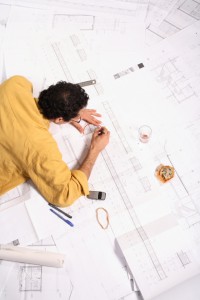 North Wales has always been known for being easily accessible from many of the cities in the north of England and now it looks like the trip could be made a little bit easier after big development plans were released.

As a government backed initiative, there has been plenty of focus on the touted plans to build a bridge which would link West Kirkby and Prestatyn by encompassing the River Dee. It would bring plenty of attention to both areas and make both that much more alluring to tourists.

The estimated cost would come to £200m for the ambitious project but considering what kind of tourism boosts it would bring, it could very much be worthwhile for both regions. Although travel between Wirral and North Wales has never been an issue, the move looks to be building on a good thing and in turn, will offer more exposure for the surrounding areas, such as Liverpool.

It is hope that such a move will bring plenty of interest to the coastal towns of North Wales such as Llandudno, Conwy, Colwyn Bay, Rhyl and more as it will be a more feasible day out for the family if travel time is reduced by the build of a new bridge.

Currently, the journey from Prestatyn takes almost an hour (traffic allowing) and requires plenty of direction changes and junctions. Should the bridge build be successful, it should cut the length of time by a fair amount and ease up congestion on the motorways.

The costs will be aided by the construction being a toll bridge, but it will cost as little as roughly £1 to cross. Whether the plans do go ahead remain to be seen but all indications point towards it being a huge improvement for the travel in the area should it be built.

Below is the current route you have to take from Prestatyn to Wirral with the possible new bridge offering a crossing over the River Dee instead.