Llyn y Gors is one of the best known fisheries in the area, it’s one of the most successful in North Wales and it is for sale for the guide price of £1.5million. With the fishery you also get thethe owners house, four holiday properties, a caravan park and campsite which offers breathtaking views across the Menai straits over to the Snowdonia Mountains. The fishery is close to the town of Beaumaris
The Fishery is 40 years old, and originally there was only 1 fishing pool, of course it has expanded since then and there are now eight pools to enjoy, all stocked with a variety of fish; from several kinds of carp to catfish up to 45lbs. 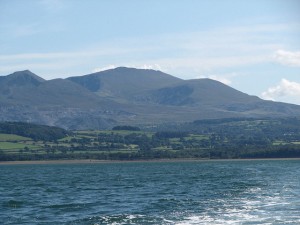 There’s accommodation on-site which includes the owner’s farmhouse, build from brick and stone with three bedrooms and conservatory/garage, along with other various domestic rooms, set in the centre of the site. There are also three gorgeous and well kitted out two bedroom holiday cottages that would be an incredible stay. Not only this but a long stay caravan site that can pitch 22 vans, as well as another touring camping field, which has electricity hook ups for caravans and spaces for tents. These have timber shower and toilet blocks to service them.
The other buildings on site include a large barn, which has former stables. As well as an old Nissan building, this serves nicely as a workshop. There is also a brick office which is a nice detached working space.
The fishery is well established and widely popular with both holiday makers (many who return year after year) and local fishing enthusiasts. The owners have thus far done an incredible job of maintaining a good programme of investment to keep everything up to a great standard, both on the fishery and the accommodation, so you are not getting any substandard goods.
The island is a very popular destination for holiday makers from the big cities Liverpool, Manchester and other place close by, and so gets a good deal of tourism.
What a great deal on a beautiful patch of land with incredible facilities and a ready-to-go business!