LLAWN01 is a Roaring Success in North Wales 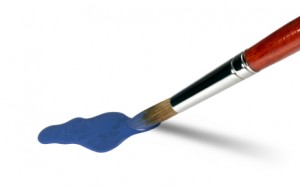 Celebrating art is important in North Wales and no more so than in the historic town of Llandudno. So this year, as an exciting initiative, it’s hosted the very first micro-festival dedicated to showcasing some of the brightest talents around.

LLAWN01 is an intriguingly unconventional event which had been building quite a bit of anticipation prior to its weekend launch on the 20th to 22nd of September. The first of its kind in the area, the exhibitions were diverse and original to the fullest.

As an inclination, the venues were all situated within re-established bathing machines – an icon of Llandudno’s Victorian heyday. To celebrate the past and embrace the current must have seemed a promising thing for the funders and backers of the project who fully threw themselves into the project, enabling it to be free for all. There could have been no better way to introduce yourself to the fine arts than witnessing local and international talent craft their work.

As for the performances themselves, they were as unique as you’d imagine with focus on Llandudno’s glorious past. Photos of yesteryear offered an intriguing insight into the past as performers regaled audiences with tales and interesting information about Victorian life.

Installations were available for your perusal also, all taking in the spirit of Llandudno and its history. If you wanted to pick up some tips and tricks along the way then there were live exhibitions of paintings available throughout the weekend. Specially-commissioned films propped up the billing, appealing to those with an eye for nostalgia.

Thanks to the success of 2013, the micro festival is sure to return to North Wales for 2014. So, come on down, breathe in the atmosphere and pull out a deckchair.