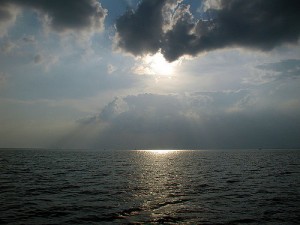 Recently, NorthWales.com has reported on the real possibility of a hovercraft in North Wales with it looking like a distant reality with many steps to go before approval. However, one of those all important steps forward have already been made.

It isn’t the first instance of hover-travel in North Wales in fact as the 1960’s saw a huge demand for the transport. 1962 was the heyday of the service in Rhyl and was the very first of its ilk in the world. However, the project ended in disaster in the same decade as a storm ruined its engines. The service has been inactive ever since.

The brains behind the modern operation are Hoverlink (NW) Ltd, based on Merseyside who were the first to notice the gap in the transport sector and have jumped on it brilliantly. The routes themselves will incorporate Wirral, Rhyl and Llandudno with there also being projections in place to plan a similar journey between North Wales and John Lennon Airport.

After a meeting with Vale of Clwyd MP’s, the reception was very positive and Chris Ruane MP was delighted when he said, ““It offers fantastic opportunities as far as Rhyl is concerned and will bring in pensioners over from Merseyside for days out to the seaside as well as school children, cyclists, ramblers – opening up not just Rhyl, but the whole of the Vale of Clwyd and north Denbighshire.”

It is reported that 200,000 locals and tourists will travel via the service when it launches sometime early next year with it being capable of transporting up to 130 people at a time. The hovercraft is estimated to be capable of 24 trips a day between the destinations. A round trip will take just 35 minutes for the whole journey; a lot shorter than regular transport.

Simon Clitheroe is the director of Hoverlink and he had this to say on the project’s progression: “Once operational, we will be able to transport customers from Wirral to Rhyl and Llandudno within 35 minutes, far beating any mode of transport currently available for speed and efficiency.

“We’re very encouraged with the positive response we’ve had so far from the people of Denbighshire, who are very keen to see the service brought back.

“We’ve finished the project stage and are quickly moving into the investment stage. We are really hopeful that this could be up and running by early 2015.”