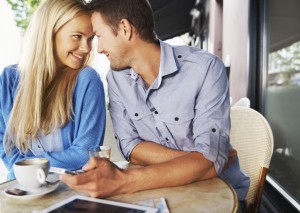 A real rich tradition throughout Wales and one which truly speaks for the passion of this beautiful is St Dwynwen’s Day – a special occasion to commemorate the Welsh patron saint of lovers. A trip to the North during this day of romance could be just the occasion for you and a partner.

What makes the 25th of January so special is that it’s hardly heard of outside of Wales, meaning that the people of the region get to celebrate Valentine’s Day twice! What a perfect excuse to spoil a loved one this early in the year.

The origins of St. Dwynwen date back many centuries and are as much a part of the fabric of Wales as the grand mountains of Snowdonia. Dwynwen was the daughter of the King of Wales and was believed to be the prettiest of all the king’s 24 offspring. After discovering that he had her betrothed her to a man that she did not love, Dwynwen prayed to God for help.

Maelon Dafodril was the man that Dwynwen coveted but as she knew there was no way for them to be together, the stories say that she was granted a potion by an angel to erase her memory and that Maleon was to be frozen in ice.

After leading a life as a nun in the convent she herself created, Dwynwen had dedicated herself to God before she was approached by him and gave three wishes to the eventual saint. She asked for Maelon to be thawed, that all lovers’ needs would be met and that she should never be forced into marriage.

If you think this is a bit of a tall tale then you have to go to Llanddwyn Island on Anglesey to see Dwynwen’s church still standing, although in the form of remains. Many lovers of all ages make the journey to the landmark to pray for a long and healthy life together each year.

If you’re looking for a good way to celebrate the special day, make sure you go to the Santes Dwynwen event at Plas Newydd for a great day of romance and history.

This entry was posted in Activities, Local News. Bookmark the permalink.