Beaches in North Wales even more beautiful this year 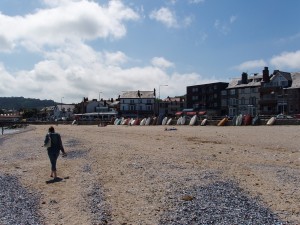 In 2013, the beaches of North Wales were lauded as some of the most pristine throughout the whole of the UK with many of them being nationally recognised as being relatively untouched by the modern age.

Although the year is still young, the Marine Conservation Society have released statistics that indicates that beach around the area have excellent water standards in the majority and are fit for use.

45 of the beaches throughout North Wales were given the highly desired “Recommended” label by the collective and it is believed that the improvement has a lot to do with Summer 2013 being a dry one, meaning that a lot of people were frequenting the coastline more often.

Of the biggest names, special mention has to go to the iconic West Shore of Llandudno as after a disappointing “Fail” rating last year, it has managed to skyrocket all the way back up to a recommended rating, in addition to the beach of Criccieth. Both of these had slumped to the bottom of the table so the conservationists deserve some applause for bringing them up scratch since.

Something which will come as little to surprise to many local of the isle is that Anglesey topped the table as having the most excellent beaches for a region with 21 in total claiming top marks from the MCS. Conwy wasn’t too far behind and had 7 in the top bracket of excellence, including Kinmel Bay and Penmaenmawr.

Elsewhere, 15 out of 18 of the beaches in Gwynedd were worthy of the “Recommended” label with there being few drops in quality throughout North Wales as a whole, though Llandudno’s North Shore was the antithesis of its West cousin and slipped to a “mandatory” rating.

Gill Bell of the MCS said: “It’s great news that we are able to recommend so  many beaches for excellent water  quality and it shows just how good  Welsh beaches can be. The main challenge now is maintaining these standards, whatever the weather.”

“Most people don’t realise what a big impact the weather can have on bathing water quality but this has really been highlighted in the last few years. 2008, 2009 and 2012 were, according to the Met Office, amongst the wettest summers on record since 1910, and fewer UK bathing waters met minimum and higher water quality standards because of increased pollution running off rural and urban areas and overloaded sewers.”