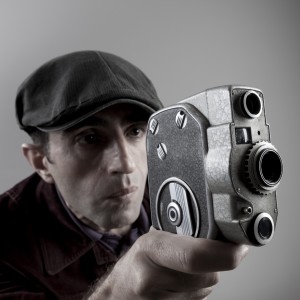 If you’re looking for short bursts of high quality entertainment this March, you could be in for a treat at the upcoming Anglesey Drama Festival.

After starting up in 2003, the festival has grown in stature over the years and has become a firm favourite in the events calendar for many locals. St Mary’s Hall in Holyhead is the location or what is sure to be a thrilling and close fought contest.

This year, expect an eclectic range of competitors that hail from many parts of the United Kingdom – even the Isle of Man! It speaks for the allure of this event that hopefuls would undertake long journeys just to take part.

The competition is as close as you’d expect from a dram contest and although it is run by dedicated volunteers, each act is judged just as they would if they were in front of West End legends! Two acts will take to the stage every night from the 24th to the 29th of March with the winners being announced on the closing Saturday.

There’s a lot at stake for the victors as they will then progress through to the All Wales Finals which are held in June which is a high standard competition that is bound to prove quite the incentive for anyone taking to the stage to really give it their all on the evening. Also, the winners then become eligible for invitation to the illustrious British All Winners Final in July.

For over a decade now, the drama festival has been striving to support local Welsh talent to achieve their dreams and that is, more often than not, the chance to showcase their talent on stage. With the backing of Anglesey County Council and the Drama Association of Wales, the stakes are high and the entertainment kevels are sure to be sky high.

For as little as £5 you can book your ticket to one of the hottest events in Holyhead from the 24th to 29th of March. Be sure to act fast as they’re only bound to get snapped up soon!

This entry was posted in Events, Festivals. Bookmark the permalink.