600 Acres of Snowdon Up For Sale 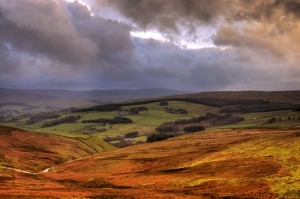 If you have a spare £12000 burning a hole in your pocket and would like to do your bit for the conservation of one of Wales’ most beautiful areas, you can snap up a whole acre of Snowdon. Better yet, if you’re really feeling adventurous, how does 112 acres for £7m sound?

Clogwyn Du’r Arddu is the main location for the massive sell-off and is one of the main areas for rock climbing throughout Britain. Its rocky slope extends out over the cliffs and to the Halfway station of the Snowdon Mountain Railway. It is going on the market as it’s time for the mantle to be passed onto a new generation, according to owner and upland farmer Dafydd Morris:

“The government authorities and the public at large wish to see more emphasis being placed on the environment, conservation and wildlife. Obviously, most of the money that used to be spent on producing food will, in the future, be directed towards supporting green plans,” he said.

“Therefore, we have decided to offer members of the public the opportunity to purchase the most substantial proportion of the area in question by an acre, while a smaller but a hugely important area will be offered in its entirety. This initiative enables potential purchasers to fulfil their environmental, spiritual and financial dreams.

“Many people would pay a small fortune to have a working holiday on Snowdon – camping with their children perhaps. This is an opportunity for families to participate in wildlife and environmental activities, thereby nurturing plants, and creating shelter for birds and wildlife.”

The 76 year old from Caernarfon has been tending to his flock of sheep for decades but has always struggled to make a living on the tough landscape. With many acres of his land now up for grabs, Dafydd could become a millionaire overnight.

Snowdon is up for sale, and it could be yours for just £7m – The Independent http://t.co/ENVxtsCtHH pic.twitter.com/qO165aKv3F

The sale of land isn’t the first of its kind on such a scale for the much-coveted Snowdonia region. In 1998, Hollywood legend and Silence of the Lambs star Anthony Hopkins donated £1m to the National Trust for the purchase of Hafod y Llan which eventually sold for £3m.

Before you think of loosening your purse strings, bear in mind that the area is one of natural conservation and so you would be unlikely to gain permission to work on it. The impetus would be on the buyer to ensure that the land thrives long after Mr Morris hands over the deeds. It’s hardly as if you could improve its beauty in any case.